Advertising Executive Brings His Creativity to the Kitchen

Advertising Executive Brings His Creativity to the Kitchen

Joey Ong has been in the advertising industry for more than two decades but his creativity extends beyond the marketing materials that he develops for his corporate clients. He also expresses his talent through cooking. His interest in food started when he was very young. As a little boy bored at home, he entertained himself by leafing through cookbooks and following recipes. His parents were also a huge influence. “My mom cooks really well, so does my dad. Because I’m half Chinese, half Filipino, I had exposure to two different types of cuisines. My mom was cooking Adobo and my dad was cooking Asado,” he explains. His travels opened up his palate even more and he was fascinated by the dishes from our neighboring countries that he would always try to recreate them.

“I ended up enrolling at Enderun Colleges in 2017, I’m a certified Asian cook,” he shares. “I do a lot of Asian dishes, that became my repertoire, part of what I did when I had my kitchen studio, Seventeen O' Nine.” The Makati co-cooking space which he opened in 2018 was where he hosted dinners and introduced Filipino food to expats and visiting foreigners. “I would do nice platings and have items like Kropek Palabok, Gising-Gising Dumplings, Binagoongang Dumplings with Kare-Kare sauce,” he rattles off.  From being just a fan of Filipino food, he became an advocate. 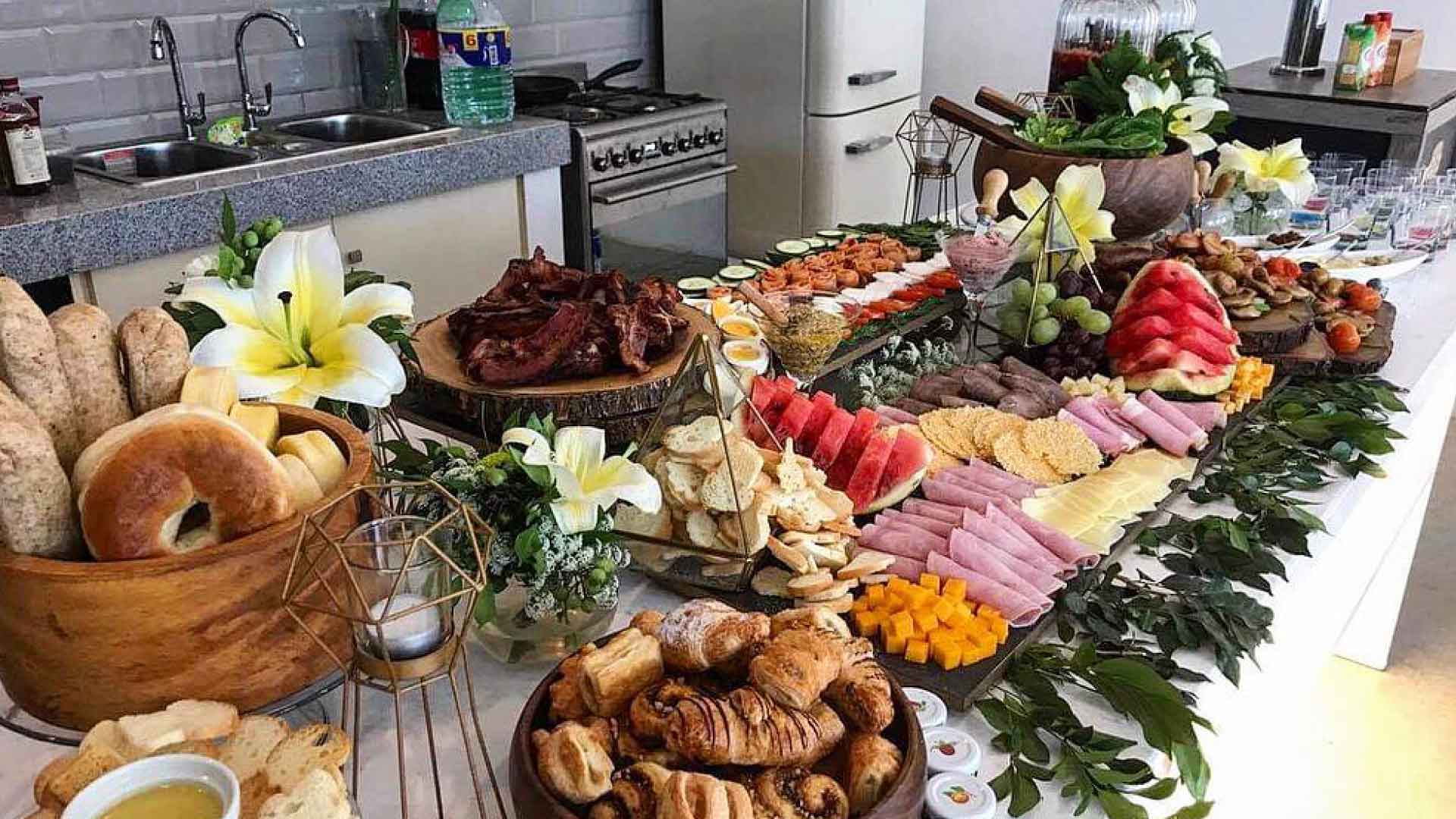 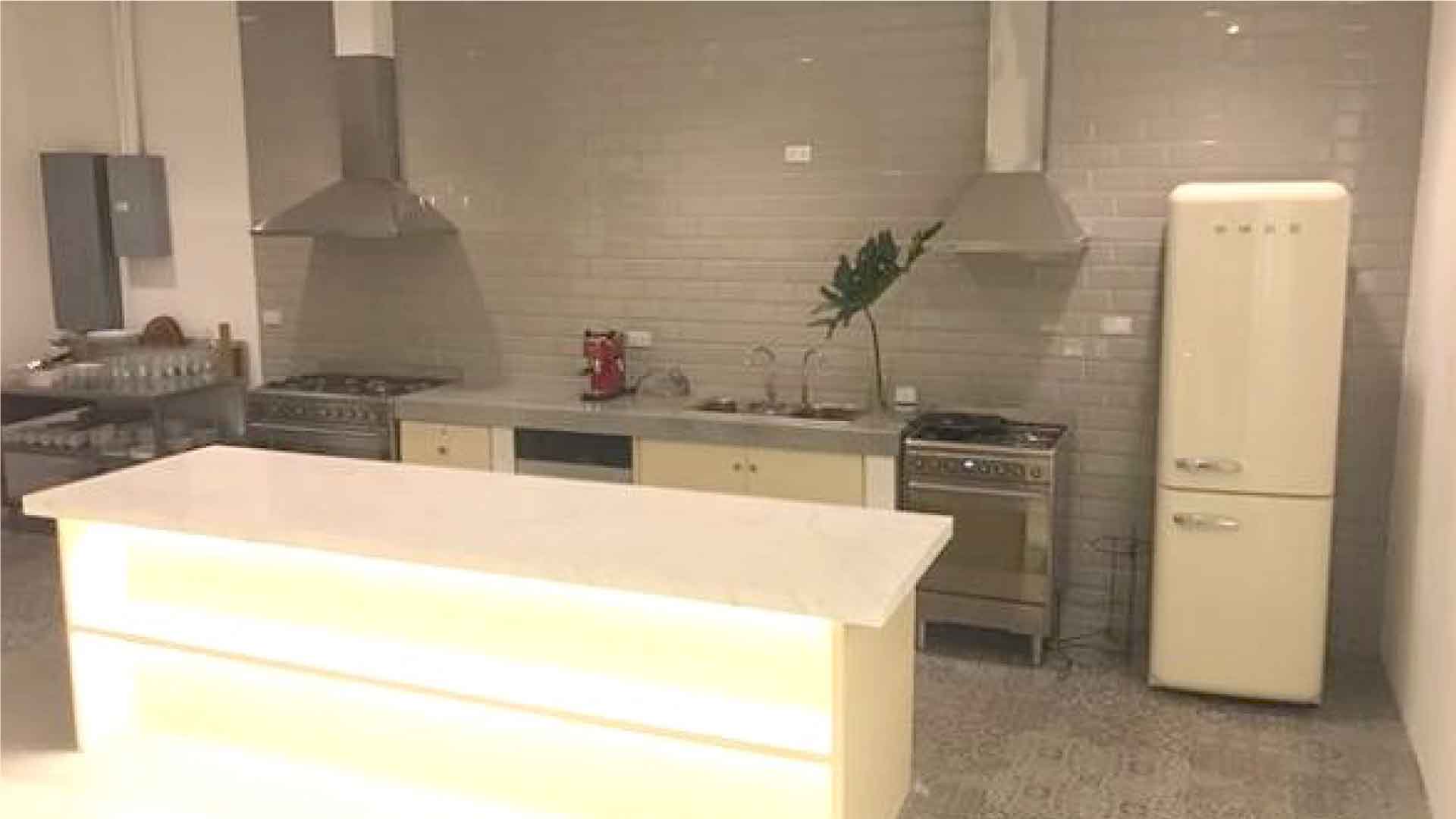 He rented out Seventeen O' Nine to whoever needed a kitchen. It became a venue for bachelorette parties, baptisms, baking workshops for kids, culinary competitions, pop-up restaurants, and the like. “It had two kitchen set-ups and the attraction were the Smeg appliances,” he says. “People would take selfies with my Smeg FAB 32. Passersby would knock at my door, compliment my refrigerator, and ask if they could take a picture with it,” he recalls. He also had a built-in Smeg dishwasher and two Smeg Concert gas range cookers, a 60cm and a 90cm. “It was very intentional, I purposely got Smeg appliances. It was part of my marketing. If I opened a kitchen that had the usual brands, you wouldn’t want to try it out, there was nothing sexy about it. So part of the appeal of the place was that you get to use a Smeg,” he rationalizes.

Joey purchased his first Smeg Concert range cooker in 2016. “Back then, I started selling porchetta from my condominium unit and I realized that I needed a bigger oven because I was getting 20 orders a day,” he reveals. The Concert 90cm range cooker served him well, with its extra large 115-liter net capacity electric oven. “It never failed me. I’m super happy with it. I’ve cooked a lot of Porchettas using it. Last Christmas, a friend of mine gave me a small uncooked pig. It fit in my Concert easily, I had a whole pig sprawled in my oven. But my other friends who received the same thing as a gift had to chop it up because it wouldn’t fit in their ovens,” he relates. 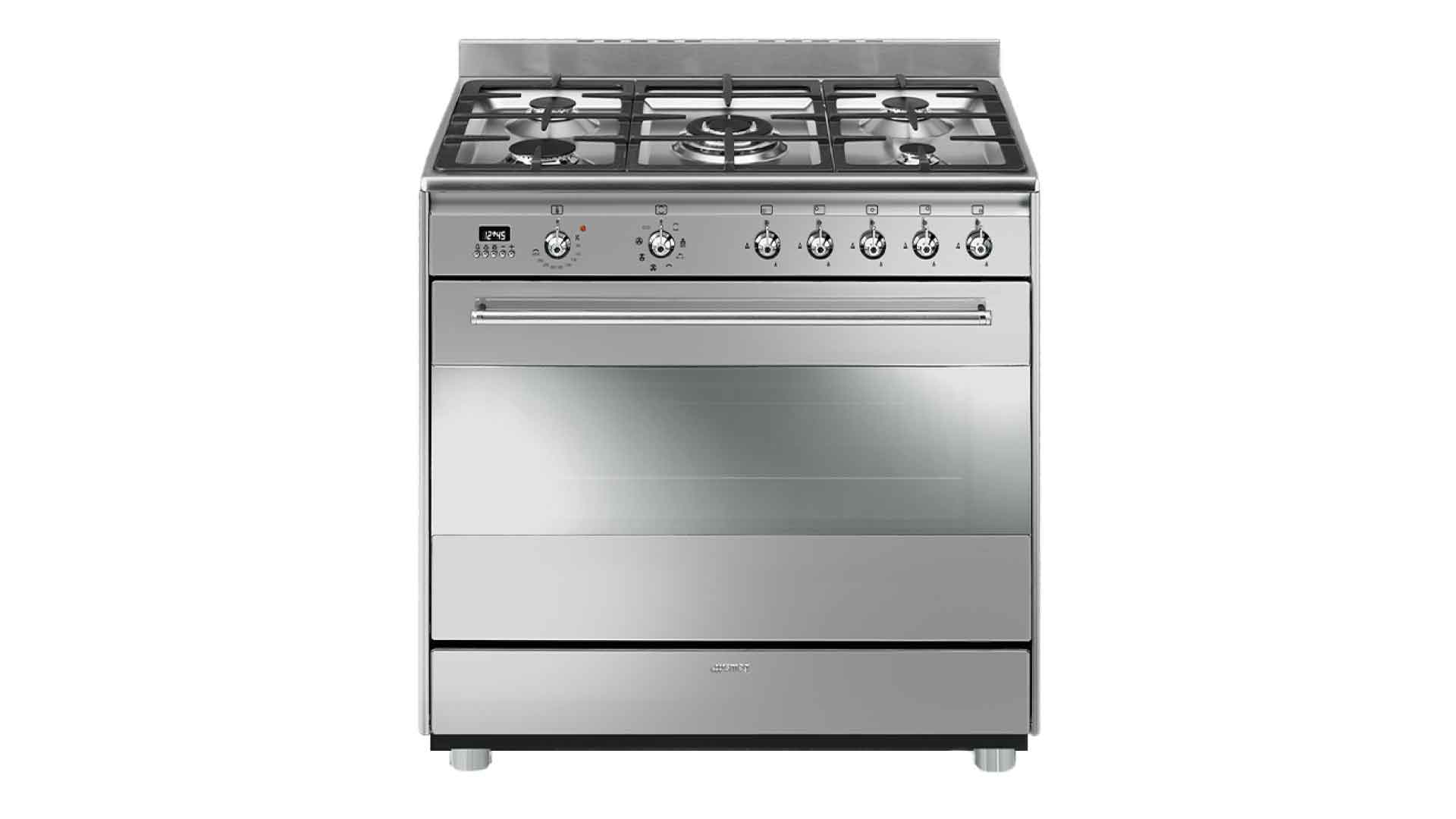 “For me the 90cm Concert is perfect. I’m a big fan of the stainless build. When you look at it, it looks easy to clean. The first time I saw it in the Smeg showroom, I was attracted to the knobs, they’re very iconic, very distinct, and very minimalist. When you look at things that are minimalist, they look easier to clean. And half of cooking is cleaning. You’re cleaning to prepare, you’re cleaning after,” he laughs.

The pandemic forced him to close Seventeen O' Nine but it didn’t stop him from cooking. While quarantined at home, he whipped up the best meals. His wife, Ciara was the envy of their friends. “I’ve been cooking four times a day and I’ve only consumed two 11-kilogram tanks of LPG in a year.” He also learned how to make ramen. “It is a 4-day job, you basically have your gas hob on for more than 12 hours, so my Concert is just switched on the whole time and no problem at all. I’ve really put the Concert through stress tests and it’s definitely a workhorse,” he attests.

While the Smeg Concert is also available in a variant with an induction cooktop, Joey prefers having gas burners, the 90cm has five. “I still like the experience of the fire. I see it visually so I can easily adjust,” he points out. “I do a lot of recipe videos now, I do content creation, and part of my videos would always be the fire turning on because I super love how the flames of the Smeg Concert dramatically ignite,” he describes. 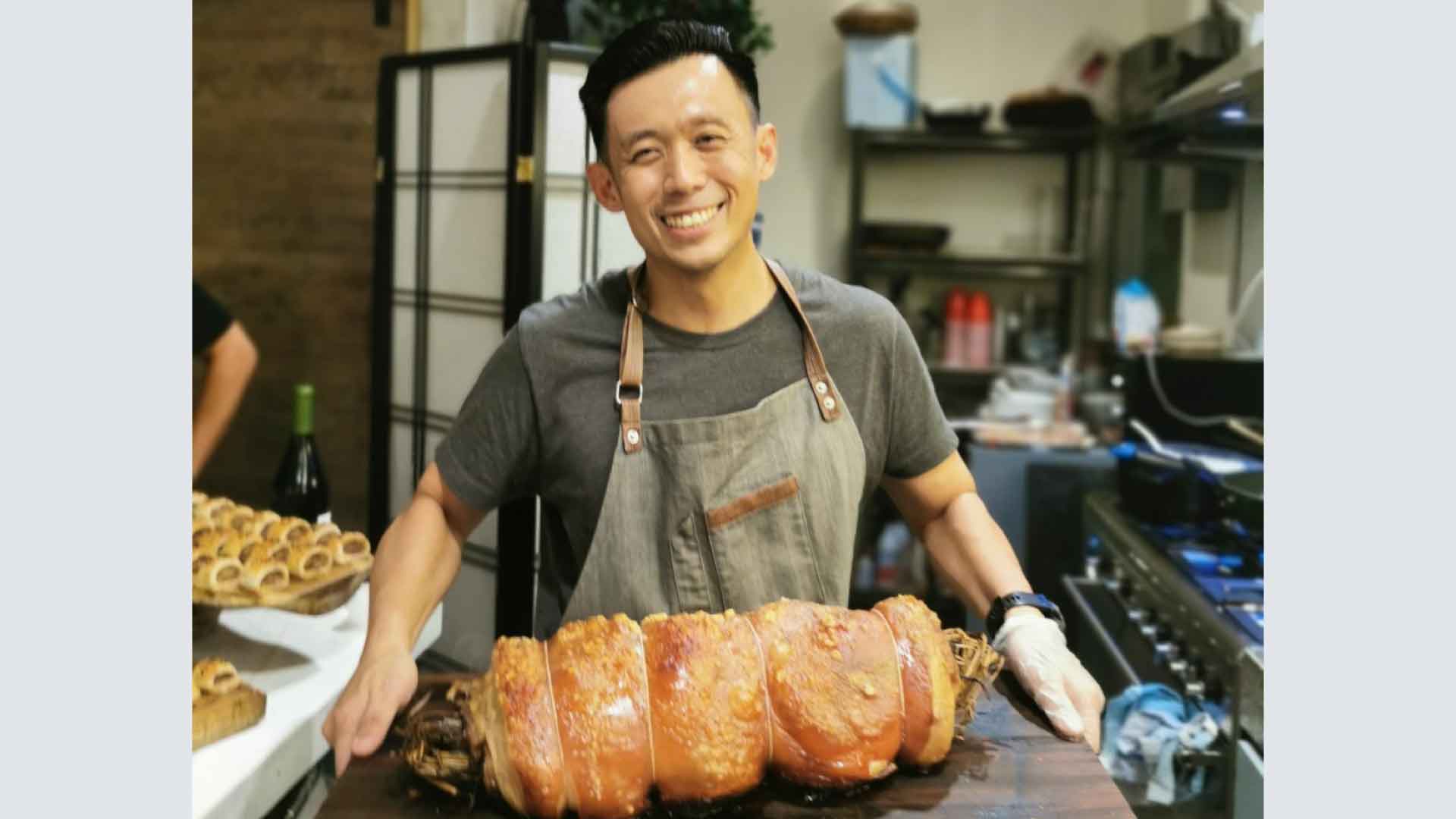 Lately, his wife has been using the Concert’s oven more for baking while he works with the hob. “It’s hard to cook when your legs are in front of the oven and it’s hot. With the Concert, she can be baking and I could be cooking and it’s not a problem, you won’t get burned even if your knees touch the door. Also, the kitchen doesn’t get hot.” Thanks to the Smeg Concert’s Tangential Cooling System and Cool Door Technology, they’re not afraid to allow their toddler, Joselito into the kitchen while they’re cooking and baking.

Owning three units of the Smeg Concert is a clear testimonial of Joey’s trust in the product. Though he acknowledges that it is a bit pricey, it is great value for his money. “There is that confidence that you get when you know that the brand is established. For me, with appliances, price does tell the quality,” he states.

Joey says he misses watching people eat food that he prepared. “For cooks, that’s priceless, when you see their reactions,” he smiles. “For me, cooking kinda balances off the stress that I get from advertising. It’s the same process - you conceptualize, you create, you put your heart into it but the appreciation is much higher in cooking than advertising, there is more emotional reward in cooking.” 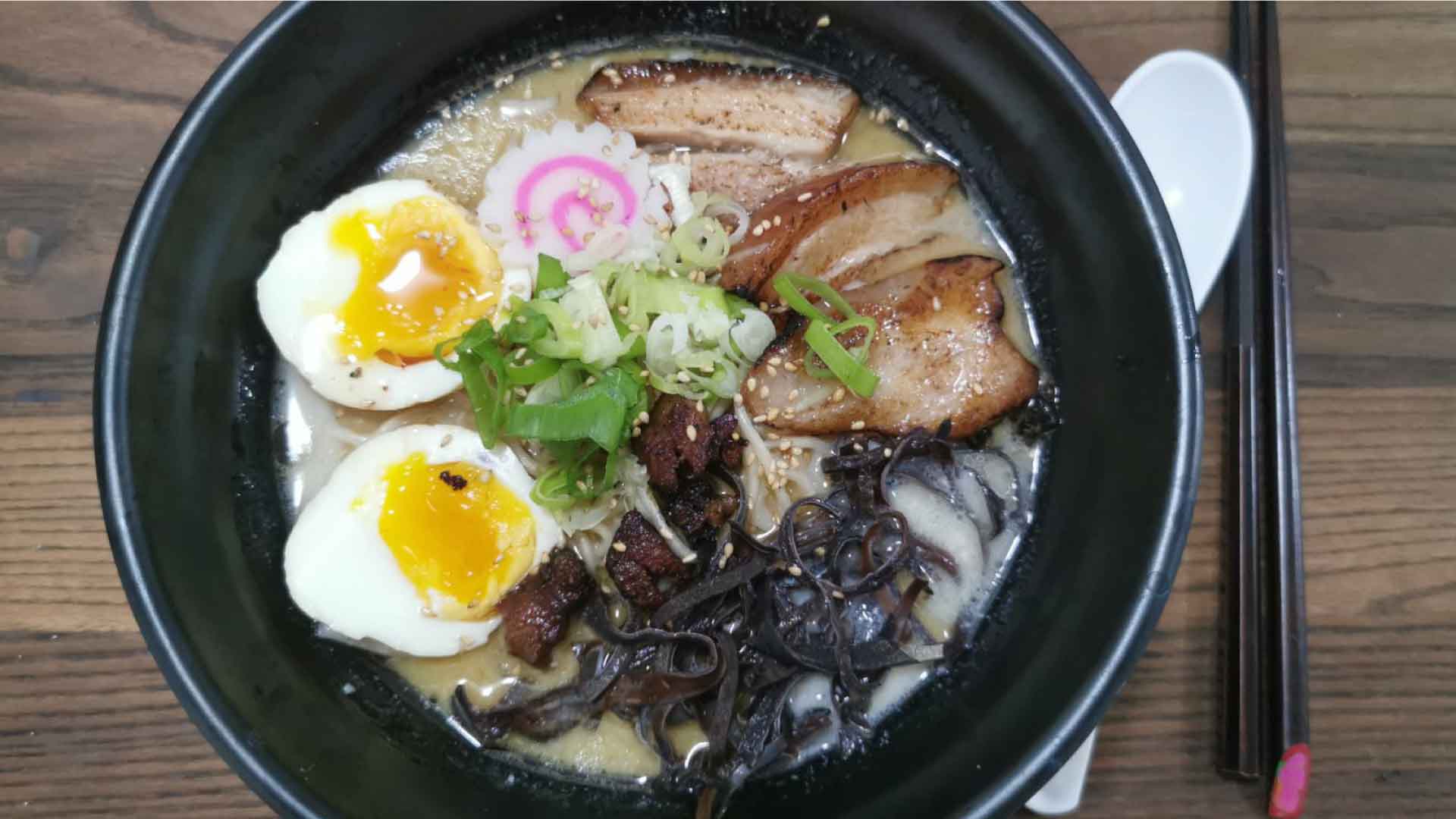 So he continues to cook, selling ramen every so often through The Kaiju Ramen Shop. “I only do small batches. It’s very special because I make everything from scratch except for the noodles.” He’s also working on his menu for Tacoselitos Taqueria. Both are on Instagram.  And since it’s Christmas season, he will be offering Porchetta again.

He looks forward to hosting get-togethers once more. This time, in his farm south of Metro Manila. He is currently in the process of cultivating the land so he can grow his own ingredients.  And he is constructing a modern bahay kubo where he can cook and serve his specialties. “It’s going to be a Smeg kitchen again!” he promises.

Find out if the Smeg Concert range cooker is perfect for you too! Request for a product demonstration at any of the Smeg Experience Centers at Park Terraces in Makati or Design Center in Mandaue. Or shop online at www.smegphilippines.com. For inquiries, message the Smeg concierge at sales@smegphilippines.com or @smegphilippines on Instagram and @smegph on Facebook.