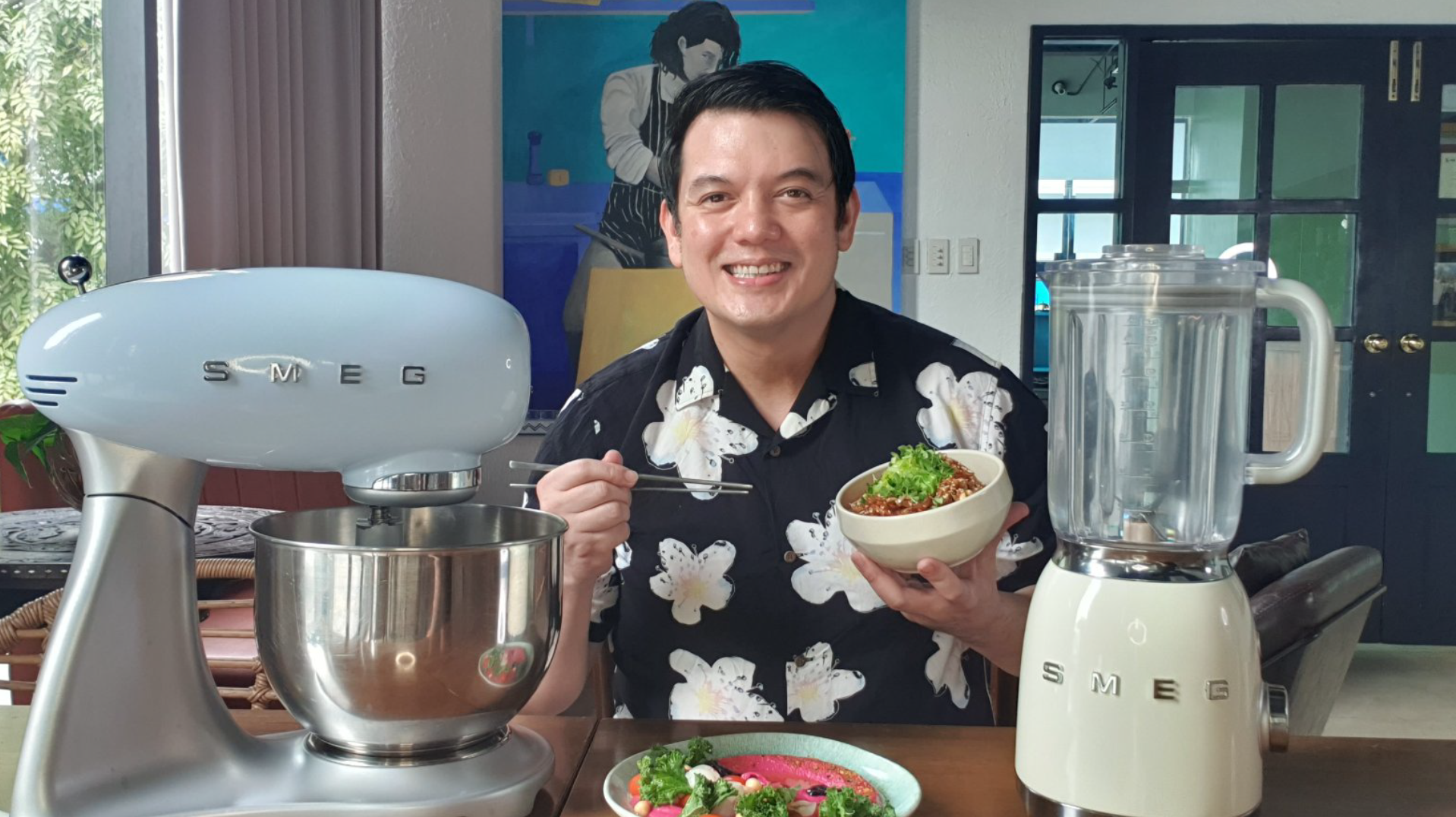 Chef Rob Pengson’s enthusiasm for his new diet is inspiring. While it consists mostly of plant-based whole food, it’s neither vegan nor vegetarian because it leaves room for other ingredients. He refers to it as plant-forward, something he is now beginning to advocate. “It’s cuisine that human beings are supposed to eat, science-backed. And it doesn’t matter if it’s a dish from Spain, Japan, China, or Italy,” he describes. “It’s not only better for you, it’s also better for the environment.”

The shift in the way he eats began at the onset of the pandemic when he had too much time in his hands. After a night of drinking, he noticed the ill effects on his body. “This is not right,” he recalls thinking to himself. That prompted him to do some research. 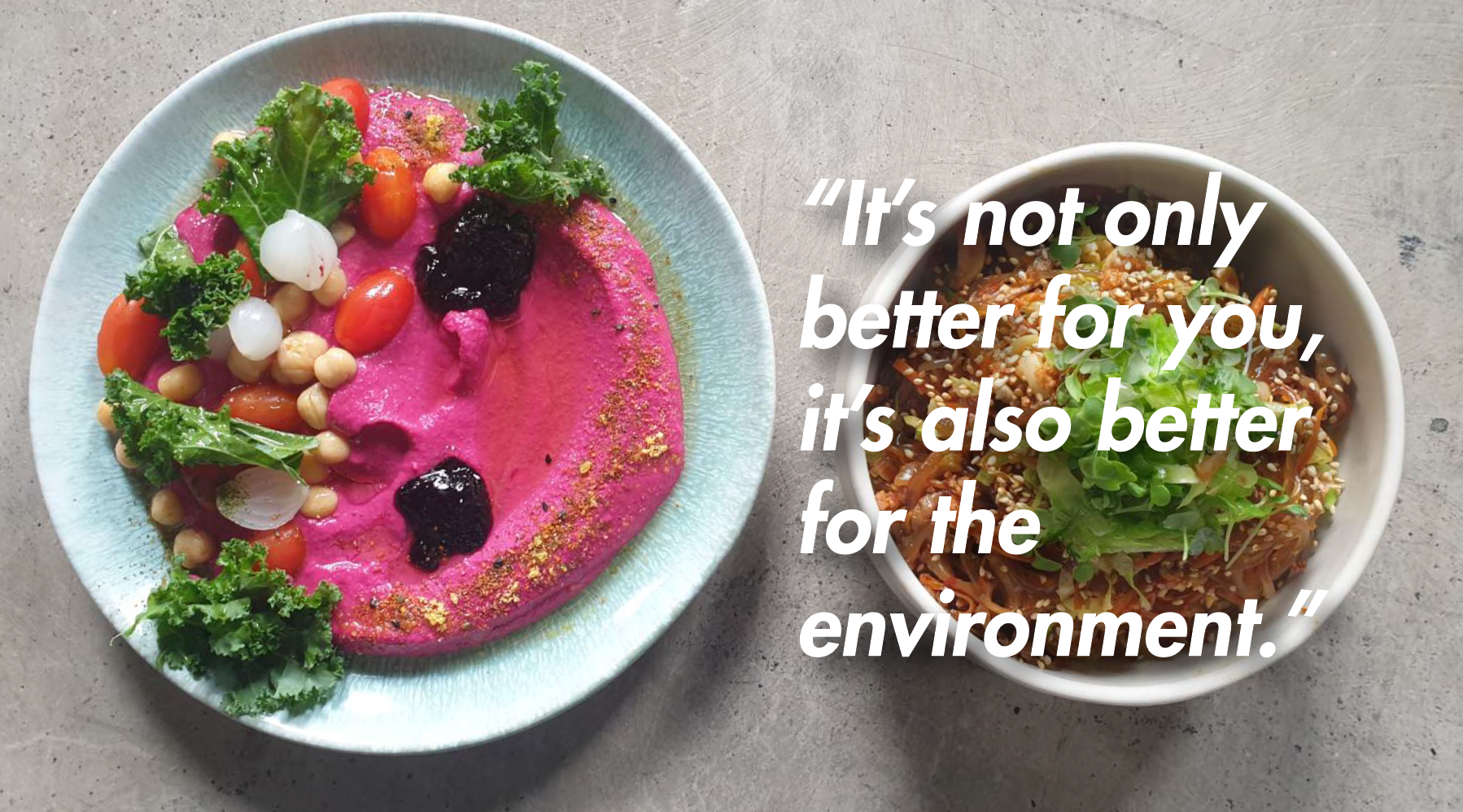 “As a chef, I know a lot about food but what I didn’t know for the longest time was that the food that we eat can affect our health. Before, it was only about trying to be slimmer, losing weight. But the more I researched about food, the more I realized that I was eating a diet that was making me sick,” he reveals. “And I also came to understand something called the microbiome which is the bacteria in your gut. Apparently, it’s in charge of so many things - from how your brain functions to your immune system.”

It was this discovery that motivated him to switch to a plant-based diet. “I want to be healthy for my kids, I want to be young again,” claims the 41-year-old father of two.

The impact of his decision astounds him. “I feel great! I now sleep full 7 to 8 hours which is so not me.”  Previously, he only got 5 to 6 hours despite medication. “Now that I’m eating more plants, I’m so calm. Even when something bad is happening, I’m level-headed. I was so hot-headed then,” he recalls. “My acid reflux is gone, no more high glucose, no more high cholesterol.  All my ailments are gone!” he proudly rattles off. “And my derma suspected me of doing botox because my skin has become smoother,” he chuckles.

So now he eats plant-based meals when he is at home and at work. “I take it easy on the processed carbohydrates but I eat a lot of potatoes, pumpkin.” 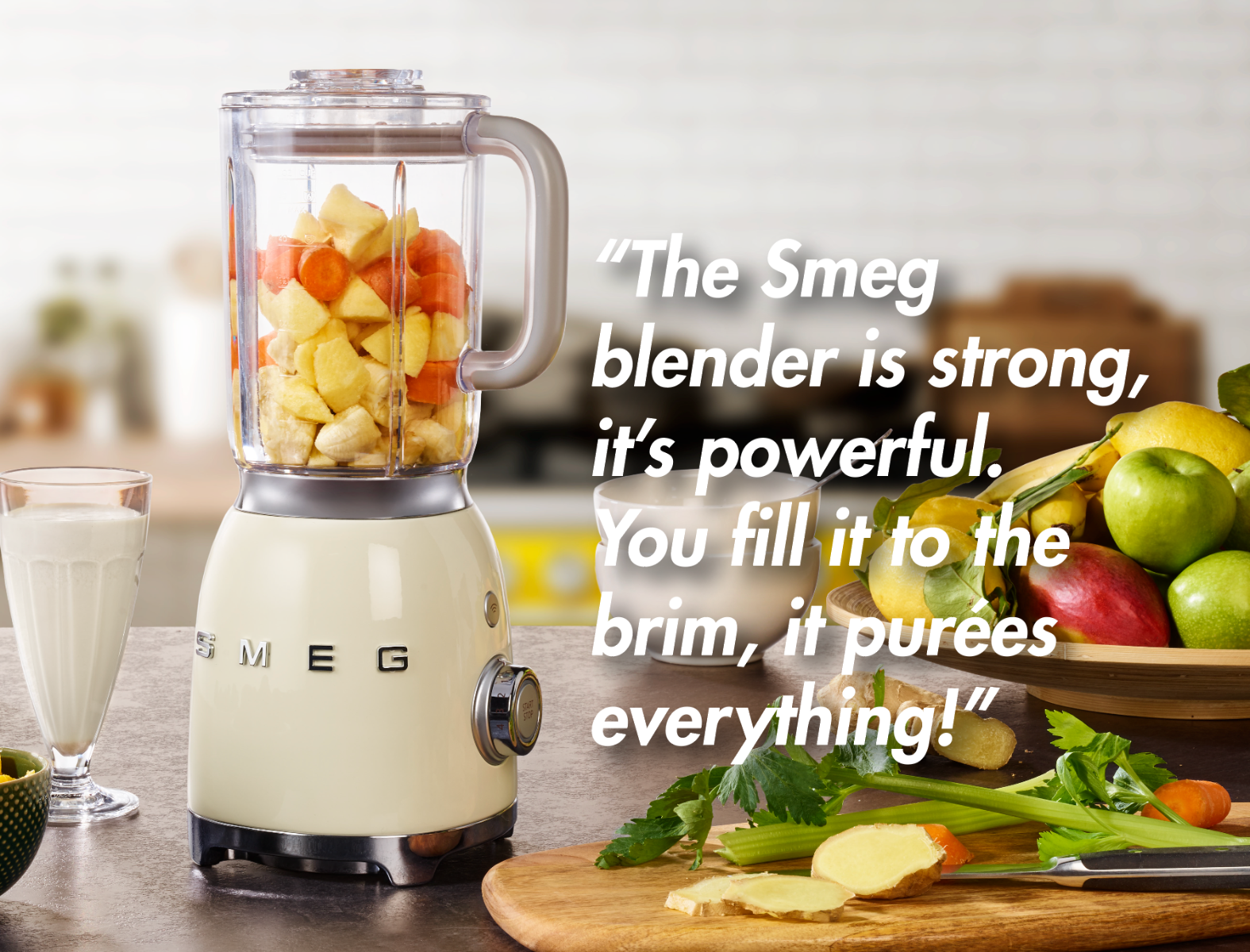 And for these, chef Rob has depended on his Smeg blender. “When you blend, it really changes the food. And I love these purées. Instead of mashed potatoes, I do spiced carrots, roasted pumpkin. Omigosh, it’s so good!” he exclaims. He raves about a beetroot hummus that he concocted. “I put kale, arugula, balsamic vinegar, and it’s eaten with a giant pita bread. Oh it makes me happy!”.

His Smeg blender has served both his personal and business requirements. “The Smeg blender is strong, it’s powerful. You fill it to the brim, it purées everything! It can handle big volumes and the outcome will be the same. That’s very important for professional chefs. What I also like is, it has a lot of settings so you can control it very precisely. There’s a pulse function and it produces a very even output. And it’s not just for purées and shakes, I also use it to grind spices,” he shares. His cream Smeg blender’s retro design earns him plus points from the guests too. “It always evokes this wow, wow response,”he  relates. 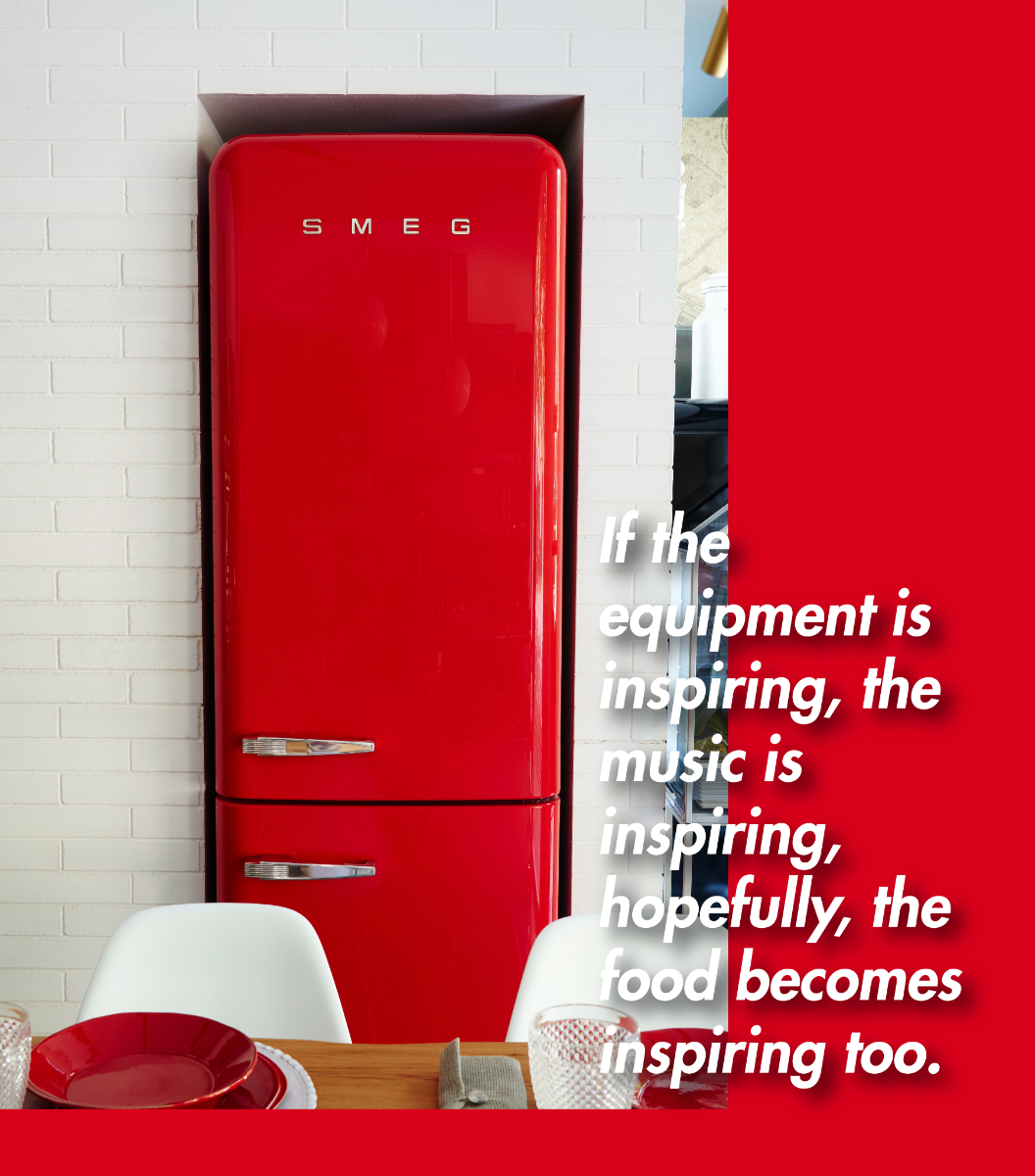 Chef Rob’s vibrant red Smeg FAB 32 refrigerator gets pretty much the same reaction, it’s a head-turner. “The moment people enter, everyone comments about it.” The ref is positioned in a corner of Beso Beso which acts as their lab for R&D, where he can play chef/scientist. “We like cooking around the beautiful ref. I’m not making arte, but I play classical music like Beethoven, Bach, and Mozart. Because when you’re developing dishes, you want to be surrounded by inspiring things. If the equipment is inspiring, the music is inspiring, hopefully, the food becomes inspiring too. If you’re cooking with equipment that’s not so great, that’s not so consistent. It’s quite irritating in the long run.”

Aside from being eye candy, chef Rob appreciates his Smeg FAB 32 refrigerator’s functionality. “It has these different compartments and the smells don’t mix. I think that’s important because sometimes the cooks leave things open. It’s those little things that matter. And unlike our other refrigerator, the Smeg ref keeps the vegetables chilled but it doesn’t freeze the lettuce. It’s so consistent,” he says.

Another of his favorites is his pastel blue Smeg electric mixer. It’s been a hit with everyone that all other mixers have been stashed away. “My Smeg stand mixer is all we’re using in our kitchen " and it is able to withstand our commercial use. It looks great and the performance is legit!” he vouches.

For chef Rob, food means more than sustenance. “It’s about bringing people together at the table, about evoking positive emotions,” he explains. And to do that successfully requires good equipment.  “The toys are not always just luxury. When you’re cooking food like us chefs, you want the food to look sleek and sophisticated. We resonate the same message as Smeg, we believe in quality”. 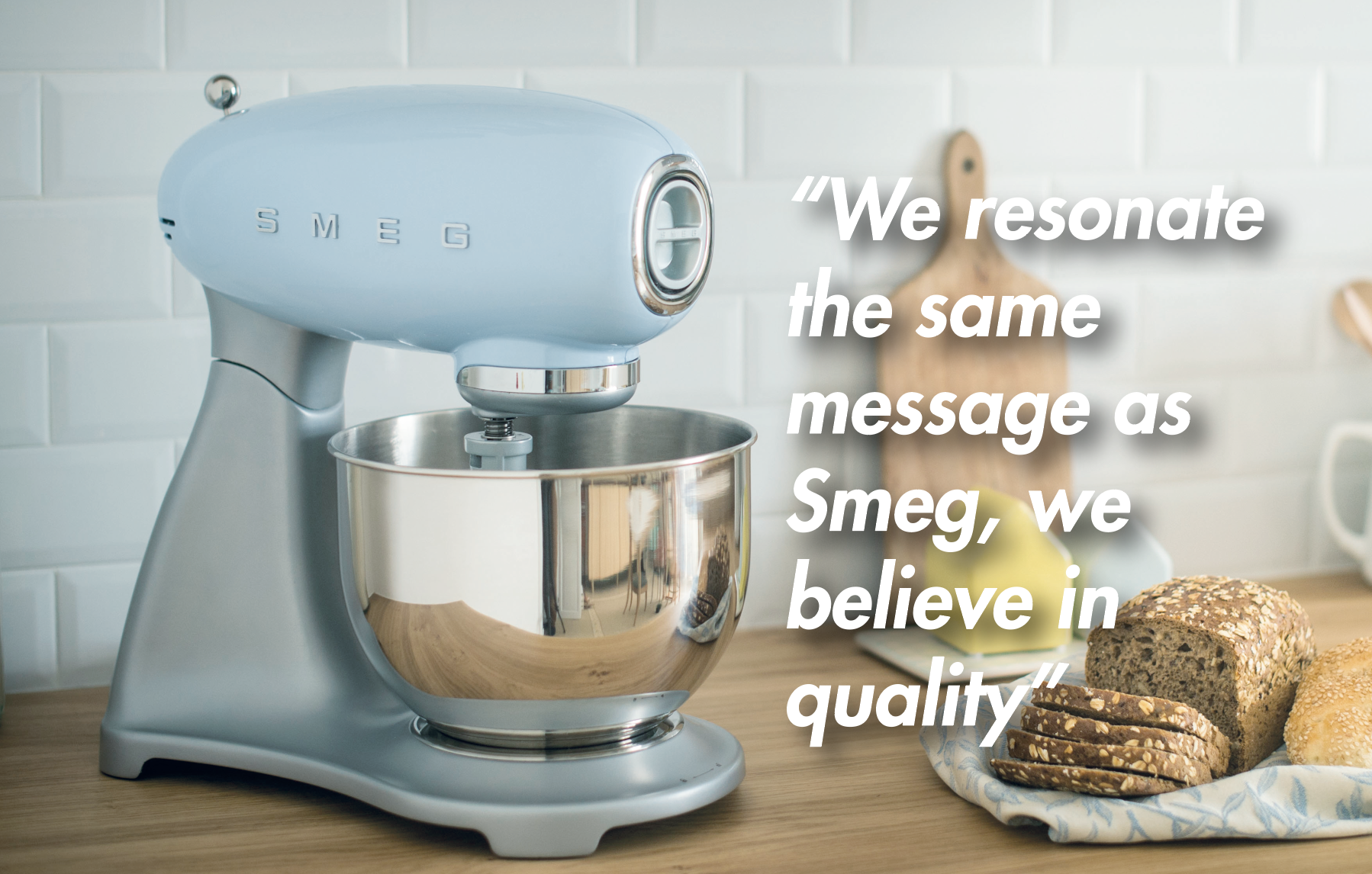 This level of excellence is reflected in everything that comes out of the kitchen of his avant-garde tapas bar and tasting menu restaurant. “We play with different ideas, though our core is Spanish in a Philippine setting,” he clarifies. But due to the pandemic, Beso Beso is currently limited to private functions, typically weddings. The venue’s capacity of 25 persons can stretch to 40 if it will include the area occupied by the Aleanza Institute of Arts. The culinary and hospitality school offers various programs, some 100% online and asynchronous while others include onsite cooking classes. So when chef Rob is not in the kitchen, he is in the classroom, teaching.

“I don’t think I’m gonna go past 90% plant-based because I’m still a chef,” he ponders his diet. And as a chef, he still intends to serve his clients what they want. Besides, he can’t do without his once-a-week Quarter Pounder with cheese, Chinese food, and katsu don. “And when I go out, I eat anything, I’m not KJ (killjoy)!” he injects.

For foodies who want to join chef Rob in plant-based dining, watch out for the ‘plant-forward plus’ tasting menu that he is developing at Beso Beso. “If you’re vegan, you can order the menu as is. But certain dishes have options where you can add other ingredients to certain courses but the backbone of it is mostly vegan”.

If you are considering embarking on this journey, chef Rob’s advice on how to start a plant-based diet is simple: take it slow. “Don’t go crazy, don’t be exag. Maybe just do 50-50 on your meals. If you’re used to having 2-piece chicken, switch to 1-piece and just eat it with a lot of vegetables. That’s the way to stick to it”.

The transition will probably be easier with chef Rob’s creations. Coming soon is a subscription for gourmet plant-forward dining at home. He’s currently serving the dishes to his friends who are not exactly on the same path as he is but have been enjoying his plant-forward cooking. “They like it, they are surprised that it can be yummy, it really doesn’t have to be so gross and weird,” he emphasizes. “I really want the dishes to be delicious. It’s challenging but I’m getting the hang of it.” He mentions vegan callos and vegan paella to be among the healthy food recipes he has worked on. Now that sounds like something worth looking forward to.

Chef Rob Pengson shares some of his plant-based diet recipes: 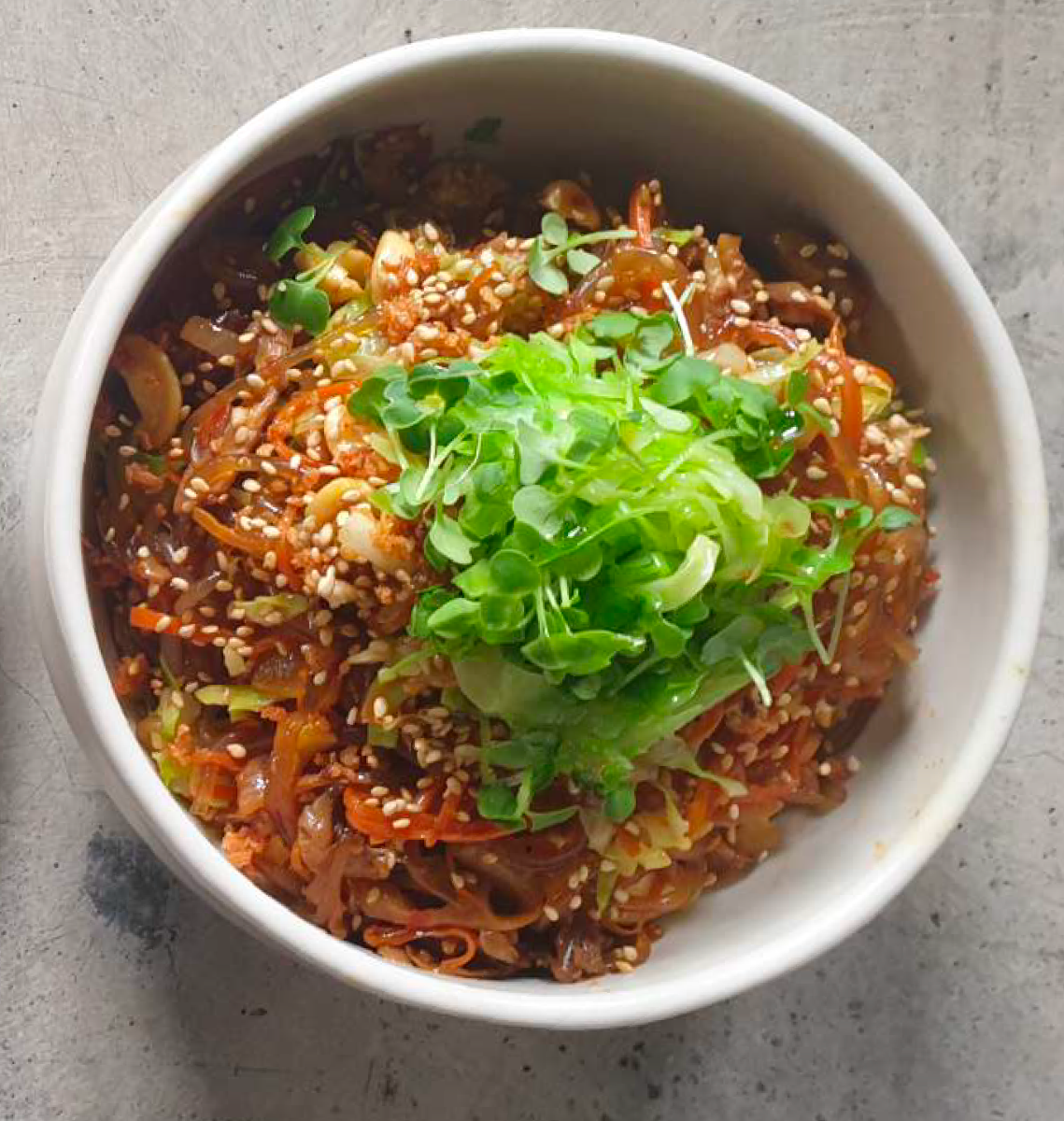 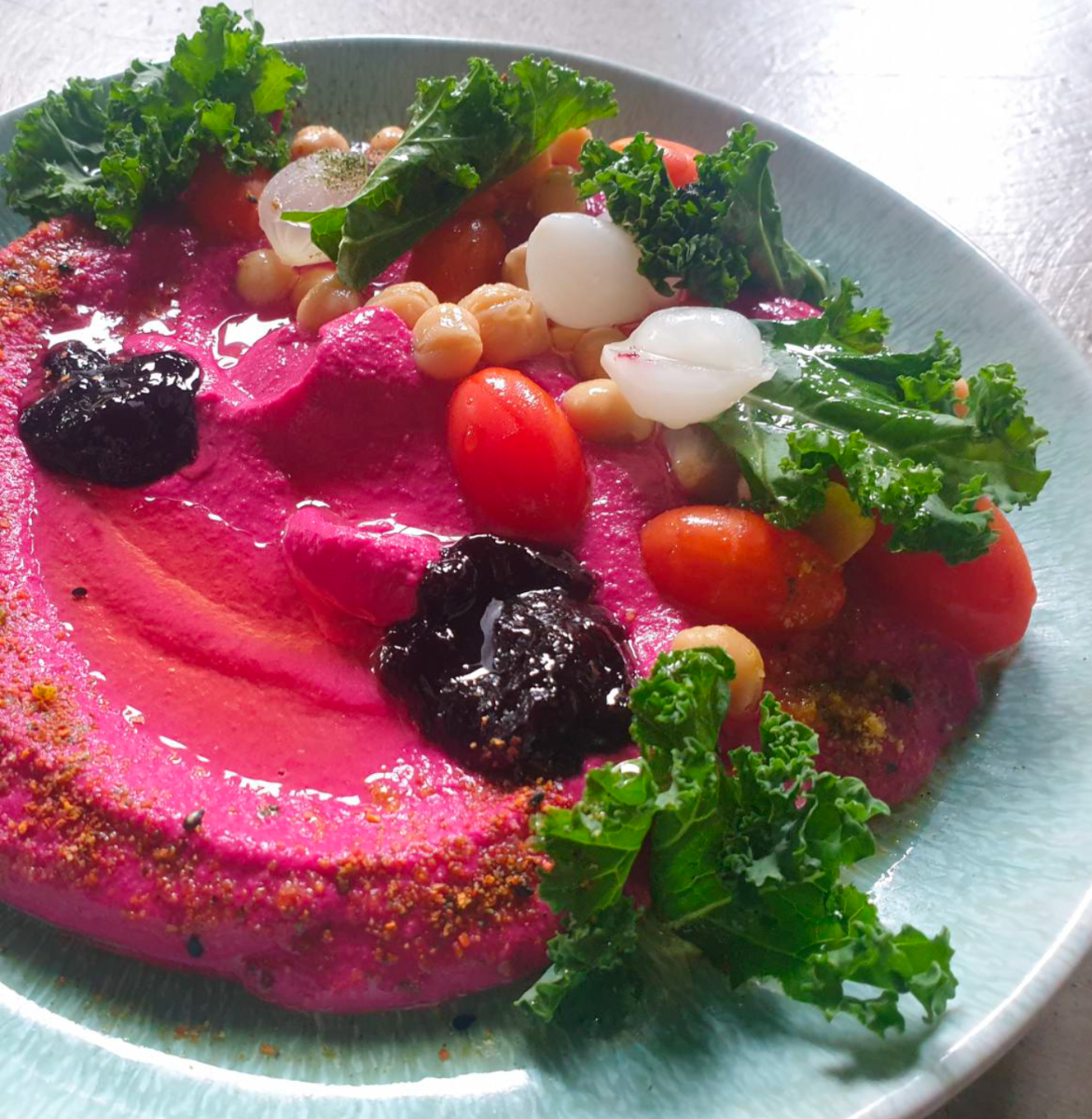 To get your own Smeg blender, electric mixer, and FAB refrigerator, drop by the Smeg Experience Center at Park Terraces in Makati or Design Center in Mandaue. Or you may shop online at www.smegphilippines.com. For inquiries, message the Smeg concierge at sales@smegphilippines.com or @smegphilippines on Instagram and @smegph on Facebook.