Finding Her Way to the Kitchen

Finding Her Way to the Kitchen

What is a popover? That is the question that Lucia Gamboa has been busy answering the past several months. Customers of her Instagram store @bakedbylg have been getting the answer in pieces of fluffy, crisp, golden brown batter-made pudding. From her posts, we gathered that popovers are the American version of England’s Yorkshire pudding, are also known as Laplanders, and can be eaten by itself or with a piece of steak. Baked by LG’s menu offers three flavors: Classic Emmental Cheese, White Truffle Cheese, and this weekend’s fresh drop, Jamon Serrano.

There’s nothing quite like Lucia’s products in the local market, “I like the challenge of having my popovers as the first popovers that they’re gonna try,” she says. The 18-year-old credits her dad for the idea. Lucia is the daughter of J Gamboa, the chef at the helm of popular restaurants, Milky Way, Azuthai, Tsukiji, and Cirkulo. His suggestion for popovers came up last year, as Lucia discovered a knack for baking during enhanced community quarantine. “I was really just baking things I would eat, things I crave, things I knew like cookies, apple crumble, cinnamon buns, brioche bread, snickerdoodles, stuff like that,” she enumerates. When the popovers entered the picture, the hobby turned into a business. 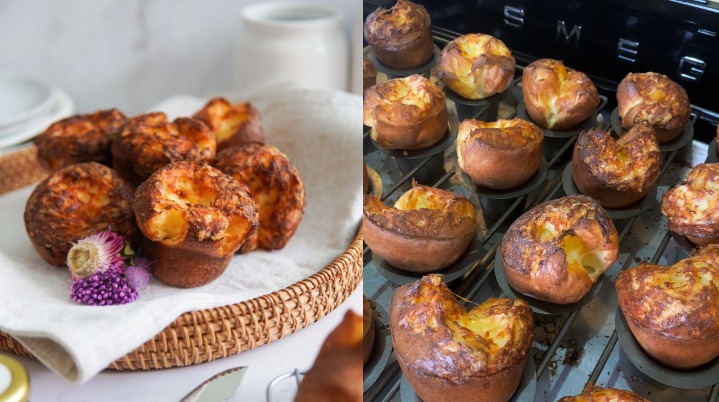 It took her roughly two months to come up with the final recipe. “The most challenging thing about the popovers is the temperature. There has to be a certain temperature for it to pop and for the size to be exactly how I want it,” she explains. For this, Lucia relies on their Smeg Victoria range cooker. “It has become an essential in all of my baking ventures, and most especially in the creation of the perfect popover,” she claims. “The oven gets the right temperature, it doesn’t flutter much like the last oven that I had. It’s super easy to use, very convenient. It has a temperature dial on the rim of the oven so I don’t really need to come back and check all the time, it’s really helpful and reliable,” she attests.

It’s been a little over a year since they purchased their Smeg Victoria range cooker and she has nothing but good words for their cream-colored 90cm unit. “It’s the best,” she quips. “We bought it because of the pandemic. Since we knew that we were going to spend a lot of time at home, we wanted to get a really good range cooker for us to use daily.” 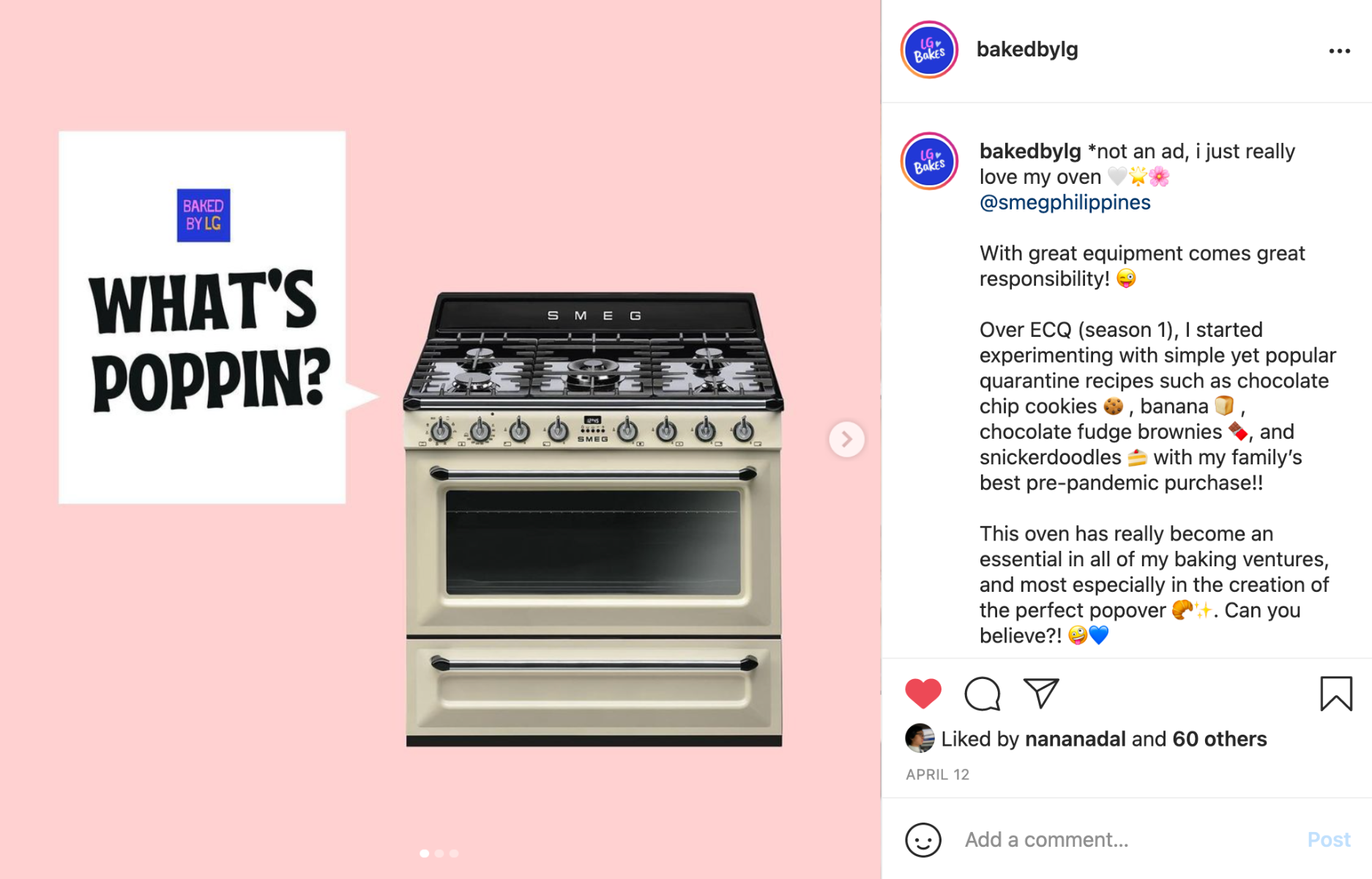 Father and daughter have different interests in the kitchen, he likes the flexibility of the culinary side while she loves the exactness of baking. So the electric oven is her turf while her dad uses the gas hob. “The Smeg Victoria range cooker is not only stylish, but is also both powerful and precise which really helps in my cooking and Lucia’s baking. It’s durable and allows the two of us to work at the same time,” chef J Gamboa vouches.

They often take turns using it, but on weekends, they have their Smeg Victoria range cooker working hard, simultaneously cooking and baking. “Even though I’m baking at 400 degrees, he can still cook on top,” Lucia points out. Built with excellent cavity insulation and a multiple-layered heat reflective glass, the outer door surface of the Smeg Victoria’s oven stays cool to the touch. “We just have to coordinate our time - when I need to open the oven and when he needs the space,” she shares. Other than that, they’re both silent in the kitchen, absorbed in their tasks.

The chatter happens around the dinner table. “He is my seatmate every meal time, we have a good relationship, always a lot of jokes, as corny as possible,” she chuckles. They bond about music, shows, movies, news, and of course, food. “We’re similar in our restaurant choices and when we eat or when we’d go out, it’s usually my dad and I who would half something or share something, more than me or him and other family members. We’re like food trip buddies.” Their last overseas travel before the pandemic was to Japan, a frequent destination of the family. “My dad and I like going to Tsukiji market. There’s this place we like to go to where we eat sushi together.” 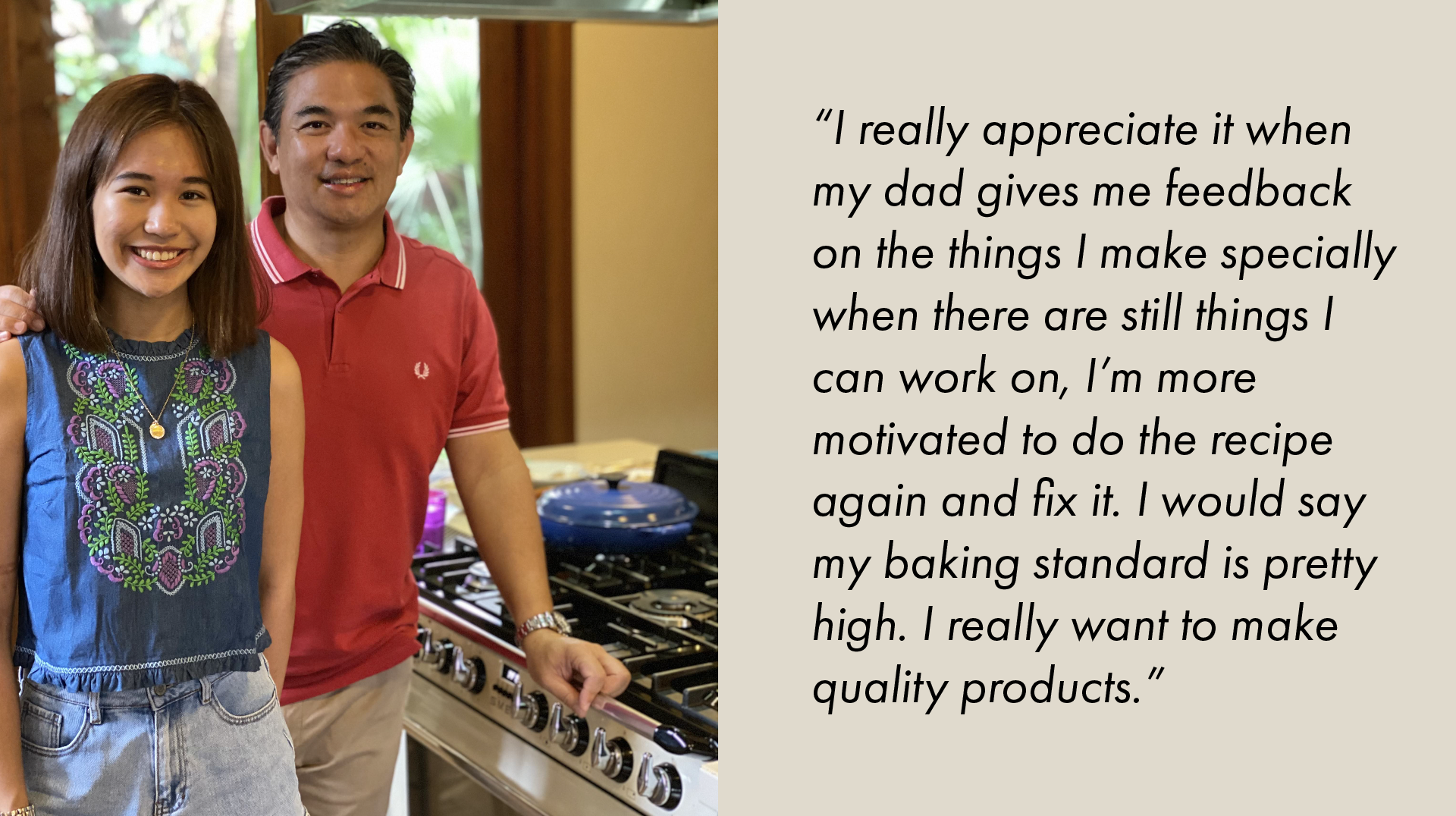 For Lucia, having a chef for a father means eating a lot. “There’s always good food!,” she gushes. At home, her usual requests from him include roast chicken, mushroom risotto, and chicken paella. “When my dad cooks, he always makes me taste before it reaches the table. He always asks me if the taste is too strong, if it’s good, if it’s salty. He tries to test me and asks me what’s missing and I have to know if it’s salt, if it’s pepper,” she relates. It’s a fun game, more than anything. Kitchen work was never imposed on her.

“Now that I’m in college, my dad has reminded me more often that I don’t have to do the things he’s doing and I can do whatever I want. He said that there’s no conscious effort to get me interested in cooking or baking, or to brainwash me. The way he explained it is by using homing pigeons as an example. If you let the pigeons grow up in a box and then you open the box, they’ll leave. But they’ll still come back to where they came from. As I grew up in an environment where I was always surrounded by food and by people creating dishes, I guess it’s part of my system and it has also led me to become curious,” Lucia shares.

And indeed she found her way to the oven on her own. “My dad pretty much left me to the kitchen, he’s more like ‘just do it and call me if you need help’. Though he doesn’t hesitate to correct her when he happens to spot something amiss. Because of this, Lucia has become an organized baker. “He taught me how to be well-prepared and focused on my workplace, it is now ingrained in me.”

Usually, her dad is the first to get a taste of her creations. “I really appreciate it when my dad gives me feedback on the things I make specially when there are still things I can work on, I’m more motivated to do the recipe again and fix it. I would say my baking standard is pretty high. I really want to make quality products.” Her dedication is evident in the way she takes the initiative to improve her craft, and challenges herself to always try making new items. 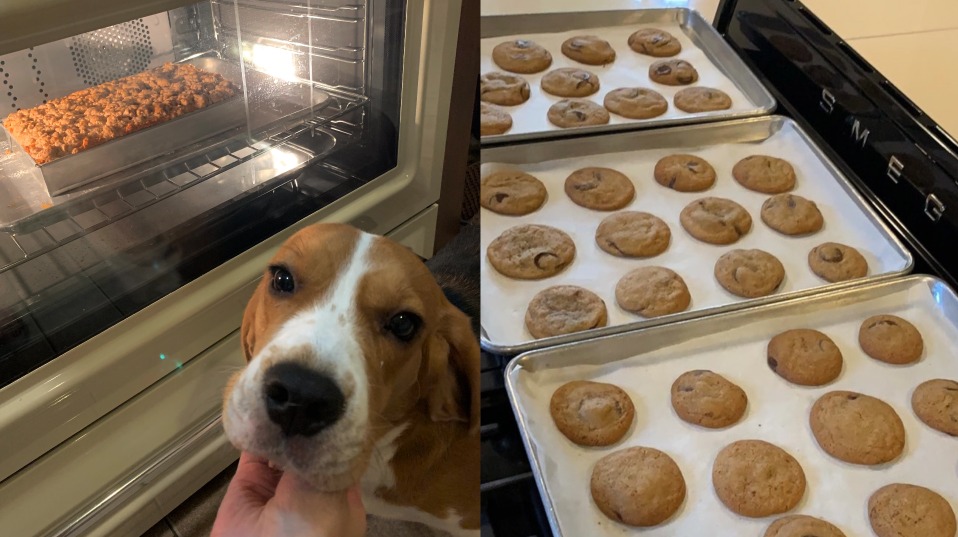 She’s quite the go-getter, a trait she claims to have picked up from her dad, who is the same way. “It’s inspiring for me because it shows me that I can always make a way and also find a way. When we were kids, he’d tell us that we can’t be lazy and that we have to work hard for the things we want in life. I guess I didn’t realize this before but then it really stuck with me because I now realize that I actually do that and I like doing that, I like working hard for the things I want and I think I deserve,” she discloses. She admires how her dad is very grateful for the things that he’s worked for. “And he’s very down to earth, I can learn a lot from that also,” she adds. Judging from how the young lady conducts herself, looks like that lesson has been passed down too.